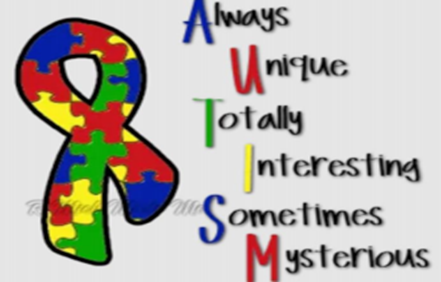 Autism is a very serious disease and the day is marked to make the masses  aware of the diseases  and to throw out the social stigma attached to it.

World autism day is celebrated on 2nd April every year with a different theme. The day is  recognized by the United Nations to spread awareness of autistic disorder and Asperger  Syndrome all over the world. The initiative evolved around by saying “it’s all right to be  different”.

It was designated by the United Nations General Assembly resolution “World Autism Awareness  Day”, passed in council on 1 November 2007, and adopted on 18 December 2007. It was  proposed by Mozah Bint Nasser Al-Missned, the United Nations Representative  from Qatar and consort to Emir Hamad Bin Khalifa Al-Thani, and supported by all member states.

World Autism Day is one of only seven official health-specific UN Days. The day itself brings  individual autism organizations together all around the world to aid in things like research,  diagnoses, treatment, and acceptance for those with a developmental path affected by autism.

On this World Awareness Day, let us all play a part in changing attitudes toward persons with  autism and in recognizing their rights as citizens, who, like everyone else, are entitled to claim  those rights and make decisions for their lives in accordance with their own preferences.